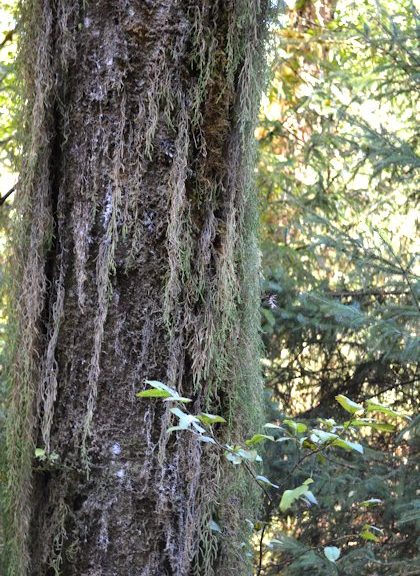 While we were staying on the Olympic Peninsula, we took a drive to the western side of the mountains to see the rain forest.

It was a long but beautiful drive, 3 hours to get to the rain forest area. But, along the way we say 2 bays of the Strait Juan de Fuca on the northern side of the peninsula and drove past a few gorgeous lakes.

Once you pass Port Angeles on the northern side of the peninsula it’s very sparsely populated. A few small towns but no large towns or cities. The people who choose to live out on the peninsula sure do have a commute if they work in the city!

It was quite apparent when we left the eastern/northern side of the mountains and entered the western side, even before the rain forest. Where the grass is brown on the eastern side and there’s scrub similar to southern California, once you get to the western part it becomes green and much more lush, with large ferns all along the side of the road. Then, as we entered the rain forest it got dark and damp. We drove along a wide river that was the only open area. The trees got much larger and taller too.

The Hoh Rain Forest Visitors center was closed on the day we visited, unfortunately, but there were some trails that we walked along.