In addition, there’s one picture of my daughter’s house with our trailer right next to it…so convenient!!  The large posts in the front of the house are for a front porch that they’re about to built – it’s not stonehenge!

For some reason I neglected to post our pictures from Yosemite in a timely manner.  So, these will be out of sequence from all the other pictures of places we have been.  But, here they are now!

Yosemite is truly a unique and wonderful place.  The national park itself is mostly wilderness, with lots of hiking trails, meadows, rivers, lakes, and ways to get out into nature and away from civilization.

Yosemite Valley is accessible by vehicle, and it has a village with stores, galleries, a great museum, and even a medical clinic.  There are lodges and several campgrounds.  This small valley is also where Half-Dome, El Capitan and several of the waterfalls are located.  So you don’t need to be able to hike great distances to see many of the beautiful sites at Yosemite.

We visited Yosemite in April, which is probably the best time to visit.  It was still pretty cold and there was snow in the higher areas.  But, the waterfalls were spectacular because there was plenty of water!

El Capitan is the largest single block of granite on earth.  It has vertical walls that face the valley although the back side is more accessible to hikers.  While in Yosemite we were able to see rock climbers on the sheer rock face.

Half Dome is accessible to hikers and they can get to the very top and look down the sheer rock face into the valley.  No way was I going to do that!

The valley along with Half Dome and El Capitan were formed many millions of years ago by glaciers as they moved through the area, carving out the valley and sheering off the granite to form the sheer rock faces.

Here are pictures we took at Yosemite Valley:

It was REALLY hot there, I got up early and took a walk before 6am each morning before it got too hot.  We just holed up in the trailer with the A/C on during the afternoons and evenings.  I was glad when it was time to head out.

We were able to spend a little time with our grandkids who live in San Diego while there.  Here are pictures of them: 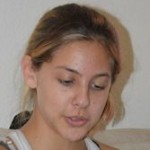 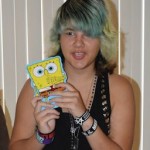 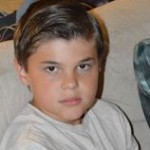 We stopped in Casa Grande AZ again to see Lee, Steven and family.  Cody was working a lot so we didn’t get any pictures of him although we were able to spend a little time with him.  Here are pictures of the rest of the family:

We spent a week in Livingston, TX before heading to my daughter’s house in Picayune, MS.  Livingston is where our home base is.  The first few days were beautiful, weather in the 80s, sunny days, fairly low humidity.  Then a storm moved through the area and we got about 6 inches of rain over 2 days.  I don’t think it ever stopped raining during those 2 days.  By the time we packed up and headed out, everything was soggy.  We’re glad the weather is nicer in Picayune so things will dry out!