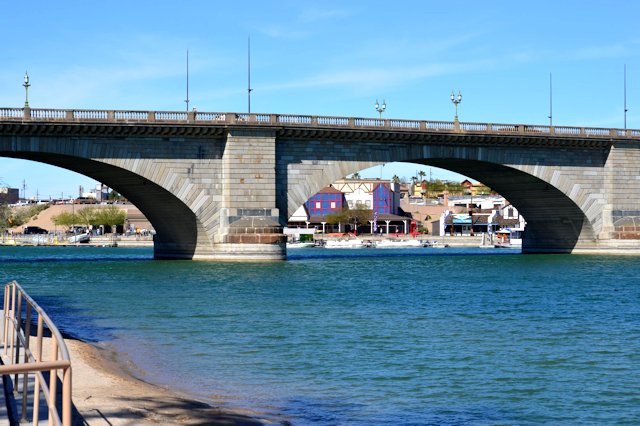 We’ve been staying stationery for over a year (except for a brief visit to Casa Grande over the holidays) but the family member we’ve been helping out is feeling much better so we’re able to start heading out a bit more.

So, we headed to Needles for a week, to stay on the Colorado River.  It’s beautiful here although it is in the desert, so it’s certainly not lush.  We were a bit surprised at the wind, it’s been breezy the whole week and a couple of days it’s been downright windy!

We did a day-trip down to Lake Havasu City to see the London Bridge which was interesting.  I was surprised to find that the London Bridge isn’t very old compared to London itself.  But, it was very interesting to know that they dismantled it brick by brick and numbered every brick so they could reassemble it in the desert.

Here are some pictures at the RV park and in Lake Havasu City: